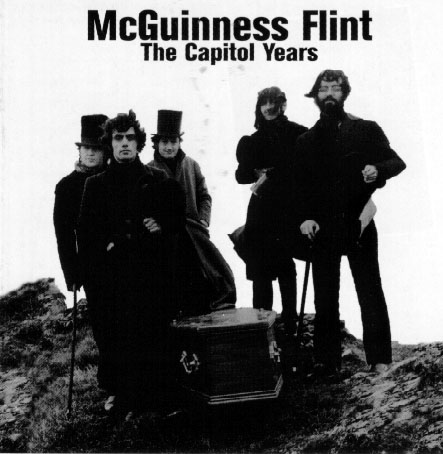 Formed in 1969 by Tom McGuinness (b. 1941, London, bass, ex-Manfred Mann) and Hughie Flint (b. 1942, drums, ex-John Mayall); Dennis Coulson (keyboards), Benny Gallagher (guitar/vocals), Graham Lyle (guitar/vocals) and Paul Rutherford (saxophone) completed the original lineup, although the latter dropped out the following year.  The group enjoyed immediate success with "When I'm Dead And Gone" and "Malt and Barley Blues", both of which reached the UK Top 5 and established their brand of light, folksy pop. 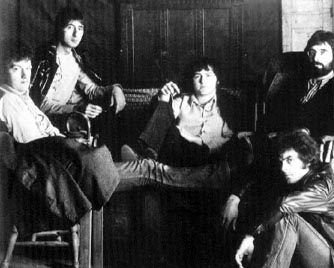 Two excellent albums confirmed their undoubted promise, although a succession of disastrous live performances undermined progress.  Further problems occurred in 1971, when principle songwriters Benny Gallagher and Graham Lyle left to pursue a career as a duo, but although Dixie Dean (bass/harmonica), John Bailey (guitar) and Neil Innes (piano, ex-Bonzo Dog Doo-Dah Band) replaced them, the group broke up at the end of the year.  A resurrection of sorts occurred in 1972, when Coulson, Dean, McGuinness and Flint recorded "Lo & Behold", a selection of Bob Dylan songs unavailable commercially.  Coulson was then replaced by organist Lou Stonebridge (ex-Paladin, later to join Uriah Heep's ex-vocalist David Byron on his solo project, "Take No Prisoners"), and with the addition of guitarist Jim Evans, a revamped McGuinness Flint re-emerged the following year.  Two more albums were completed, but the unit was unable to recapture that first flush of success and broke up in 1975.  Flint, Stonebridge and McGuinness later enjoyed fruitful periods with The Blues Band, albeit at different times.

Meanwhile, Gallagher & Lyle enjoyed commercial success throughout the 70s, culminating in the 1976 chart hits, "Heart on my Sleeve" and "I Wanna Stay With You".

Tom McGuinness and Hughie Flint have recently reunited with their former bandmates from Manfred Mann as The Manfreds and have been touring for the last several years on the European oldie circuit under that moniker.

Hughie Flint played on all of the above except "Brand Loyalty", on which Rob Townsend (ex-Family) took over the drumstool.

Thanks to Dave Smith for the info