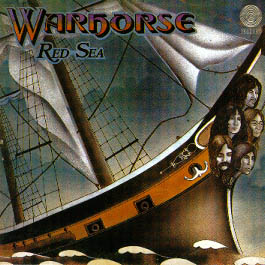 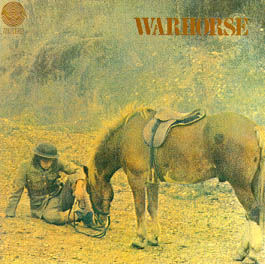 Simper had earlier been involved with Deep Purple and prior to that, Johnny Kidd and The Pirates. The "Warhorse" album sounded a lot like Deep Purple at the time but didn't make much impression. Their debut 45, "St. Louis", a cover of an Easybeats’ song sold pretty well though. Their second album, "Red Sea", was much more guitar-orientated. There's a notable guitar solo on "Back In Time" and there's also a cover version of Shirley Bassey's "I (Who Have Nothing)". The band built up audiences on the continent but failed to stir many people in the UK and disbanded in 1974.

At the end of the seventies, Simper formed Nick Simper's Fandango. Poole was later in Broken Glass and did session work. Wilson made an album with Melvyn Gale in 1980. Holt later worked with Rick Wakeman. Much later in 1980, Parker played with Dirty Looks.