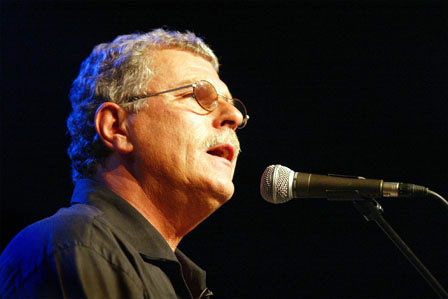 Robert Long was born Jan Gerrit Bob Arend Leverman (short: Bob, so no "Robert" in his birth name) in Utrecht during the Second World War. At the age of 14, he performed in public for the first time under the name of Tom Hark. In 1962, he joined the Yelping Jackals as a lead singer. The Jackals were: Roy Soerioroseno (g), Tonny Beljaars (b), Albert Hol (g) and his brother Gerrit (drums). When members of the Jackals were drafted into the army, the band split up and Long joined The Mikrons. In 1965, he rejoined Soerioroseno in Bob Revvel & the A-ones. The other A-ones were: Haye Bosch (rhythm guitar), Philip van Putten (bass) and Fred Rorije (drums). They recorded one single for Decca, after which Long joined Gloria, the band put together by former Jackals Albert and Gerrit Hol, who had "Hoss" van Hardeveld on bass.

In late 1969, the band's name was changed to Unit Gloria. In 1972, Long announced he was going solo and Unit Gloria started backing Bonnie St.Claire. But until late 1973 (Long's "English" solo period) they performed together as one act billed as The Family. During the course of 1973, Long recorded a few singles, which earned him the "Outstanding Performance Award" at the World Popular Song Festival in Tokyo. Even though he was still signed to EMI/Bovema, it is rumoured Long recorded the single, "Nothing Would Matter", which was released under the alias of Michael Hirschman on the Pink Elephant label (belonging to the Dureco record company).

But Long was already preparing a new career writing songs in Dutch, in a style more reminiscent of the French chanson than pop or rock. Although Bovema didn't expect much from the project, in April 1974, the album "Vroeger of later" was released and it turned out to be one of the all-time bestselling Dutch records ever, going over the counter almost half a million times in The Netherlands and Belgium. Instead of the club circuit and pop festivals, Long started touring theatres, first with Coby Schreier, the grand old lady of Dutch folk (who had "discovered" a young Paul Simon in 1964). In 1975, Long got a Conamus Silver Harp for his ground-breaking work broaching subjects like (his own) homosexuality and (anti-)religion in his songs.

Between 1975 and 1978, Long spent most of his time in theatre, participating in programs such as Scherts, Satire, Songs & Ander Snoepgoed Part 1 and Part 2. It wasn't until February 1977 that the next album was released, titled "Levenslang". It earned Long an Edison (the Dutch equivalent of the Grammy Award). This success was followed by a role in a TV film called "Een Heel Dun Laagje Goud" with Liesbeth List and Dimitri Frenkel Frank. Between October 1978 and June 1979, he played in the musical Swingpop. 1979 brought Long new success with an album in German and a new Dutch LP, "Homo Sapiens". After that he started collaborating with Leen Jongewaard, with whom he did three theatre programs. The evangelical network EO even took Long to court over his song "Vrij en blij" (Free And Happy), which they considered blasphemous, but he was acquitted. The case played a role in Long's decision to leave The Netherlands and start living partly in Italy and partly in Belgium.

In 1984, he had his first hit single in more than 10 years with "Iedereen doet 't", followed by another small hit with "Heeft een kind nog toekomst". In 1987, he started presenting the language quiz, "Tien voor taal", on TV, which he would do for 7 seasons. Soon after, he wrote the musical, "Tsechov", together with Dimitri Frenkel Frank. Although Long sang on the album to support the theatre tour, he refused to tour as Tsechov. Meanwhile, he kept releasing the odd album here and there. By 1996, he did a retrospective program with old and new songs called "Nu", followed by a tour doing Gershwin songs translated into Dutch. 1999 brought another row over a poster for a theatre tour showing Long and two nude men. That same year he started presenting a weekly radio show called Mezzo. The first year of the new millennium brought a new live double CD, "Vanavond tussen 8 en 11 - Live". He received the Golden Palm Lifetime Achievement award, but controversy continued when an agricultural organization sued him for calling pigs "the Jews of the meat industry". Once again, Long was acquitted.

In 2002, a new CD was released, called "Brand!" (fire), followed by another theatre tour, which was cut short due to the arthrosis of his neck. An operation kept him out of commission until late 2004. However, during the rehearsals for his new theatre tour, "Een duivels genoegen", Long suffered a heart attack and again was out for months. In December 2005, Long got married to Kristof Rutsaert. In late April 2006, he came out with a new CD from the "Een duivels genoegen" tour, but by then he was already suffering from cancer. Robert Long died on 13 December 2006 at the age of 63.