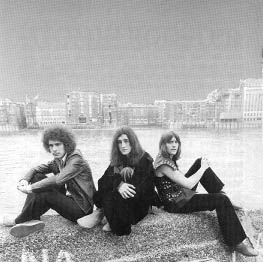 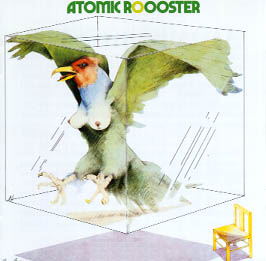 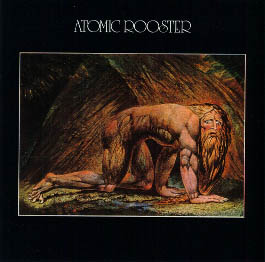 The central figure throughout the many line-ups of Atomic Rooster was Vince Crane, who'd previously played for The Crazy World Of Arthur Brown. Drummer, Carl Palmer, was recruited from Chris Farlowe's Thunderbirds. They seem to have taken their name from an album by the American group Rhinoceros and, having quickly established themselves on the club and college circuit, issued a debut album Atomic Rooster in 1970, which was well received and sold enough copies to make the Top 50. A couple of tracks were also put out on a 45 but these failed to make much impact. Their promising start was rapidly arrested in 1970 when Nick Graham departed for Skin Alley and Carl Palmer became one third of Emerson, Lake and Palmer. 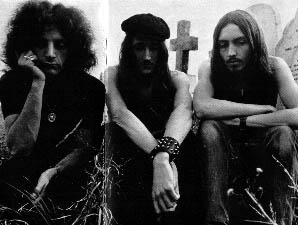 In the Autumn of 1970 Vince Crane put together a new line-up bringing in former Farm drummer Paul Hammond and John Cann who'd previously played with psychedelic outfits Attack and Five Day Week Straw People and the progressive combo Andromeda. This line-up played a much heavier brand of rock which proved popular with the punters. The Death Walks Behind You album made the UK Top 20 and they also enjoyed two Top 20 UK hit singles with "Tomorrow Night" and their best-known song, "Devil's Answer", which peaked at No.4. In 1971 they signed to Pegasus Records and with the addition of vocalist Pete French (formerly of the US band Cactus) they recorded the In Hearing Of album, which many consider to be their finest. Once again their progress was hatted when John Cann and Paul Hammond left to form Bullet and vocalist Paul French departed to form Leaf Hound. 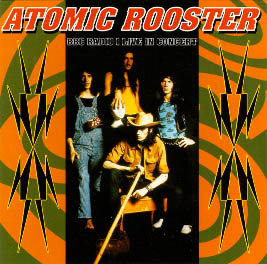 The next line-up Crane pieced together raised a few eyebrows by virtue of the inclusion of R&B singer Chris Farlowe. Supplemented by two girl backing vocalists Liza Strike and Doris Troy they changed from their previous hard rock format to a sort of soul funk recording a couple of albums and singles for Dawn. Earlier copies of Made In England came in a denim cover and, along with Nice'n'Greasy (on which guitarist John Mandella also played), these are their rarest items. The "Save Me" 45 was also a non-album cut at the time. The sales of the two Dawn albums were disastrous and taking the view that the band's fortunes were in irreversible decline Crane disbanded them in 1973. The inevitable compilations appeared over subsequent years of which the Home To Roost double set was the most worthwhile. 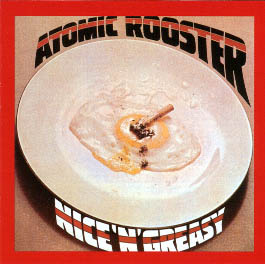 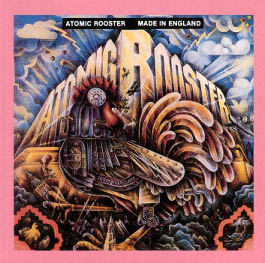 After the latter made no impact at all, Vince Crane decided to bring the Atomic Rooster story to an end for good. He was briefly a member of Dexy's Midnight Runners.