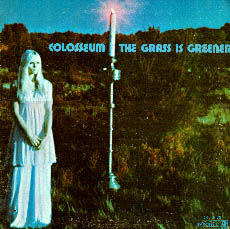 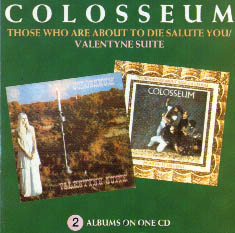 Heckstall-Smith had both previously been with the Graham Bond Organisation and they also played with John Mayall on his 'Bare Wires' album. Hiseman also played on Howard Riley's ultra-rare privately-pressed 'Discussions' album.

The original Colosseum line-up was gelled together in late 1968 and they signed to Fontana. Their debut album featured some pleasant organ work and effectively blended jazz, rock and the blues with some classical influences. It even climbed to No. 15 in the UK Album Charts. Their only 45 ever released, 'Walking In The Park', was an organ-led R&B effort, written by Graham Bond, which sank without trace. They really were more suited to the album market.

They developed a good live reputation, assisted by an appearance in the 'Supersession' rock film.

Their follow-up album, 'Valentyne Suite', is to my mind their magnum opus. It was also the first release on the then new Vertigo label which showcased so much good progressive rock. The title track was an ambitious 16-minute composition taking up the whole of side two. 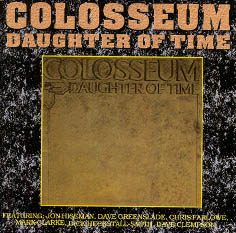 However, it's 'Elegy', 'Butty's Blues' and 'The Machine Demands A Sacrifice' on side one that really showcase the band at their best.

Not long after the release of 'Valentyne Suite', Litherland left to form Mogul Thrash whilst Tony Reeves left to do production work with various Danish bands. Newcomers were Mark Clarke (bass), Dave Clempson (ex-Bakerloo) and veteran R&B vocalist Chris Farlowe. This line-up produced 'Daughter Of Time', which was another strong album with the epic finale 'Time Machine' and 'Take Me Back To Doomsday' being the highlights. It climbed to No. 23 in the UK album charts but proved to be the band's last album for Vertigo as they signed up to the newly-established Bronze label. 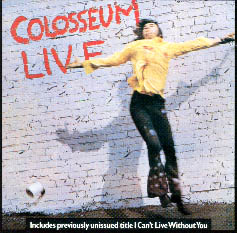 1971. They split at the end of 1971 without ever recording a studio album for Bronze, which perhaps explains why the label wasted little time in putting out a compilation, 'Collectors Colosseum', which included several previously unreleased cuts alongside many of their finest songs. The label later reissued all of their albums, except 'Daughter Of Time'. Upon their demise, Mark Clarke joined Uriah Heep; Clem Clempson replaced Peter Frampton in Humble Pie; Chris Farlowe's next stop was Atomic Rooster; Dick Heckstall-Smith went on to record a solo album and later played for many London pub bands and Dave Greenslade formed his own band, Greenslade.  'Elegy', one of their finest moments from the 'Valentyne Suite' album, can also be heard on Vertigo Annual 1970.

Jon Hiseman has for a number of years recently played in his wife's Barbara Thompson's various bands including Paraphenalia. 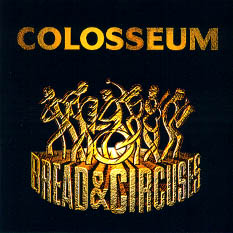 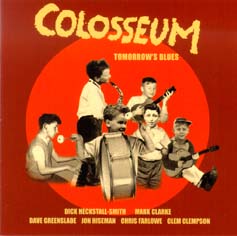 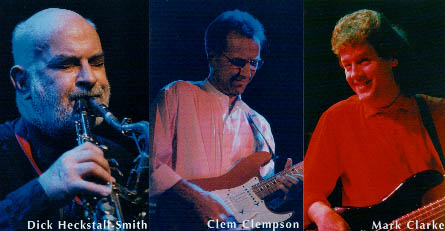 Colosseum released 5 albums between 1969 and 1971. The world's first ever jazz-rock group toured non-stop for nearly 3 years. With the albums having ridden high in the charts of several countries, when the band finally broke up, it seem to me like the end of a short but sweet story. Twenty three years later, in 1994, Colosseum literally

picked up where it had left off, went back on the road again, played more than 60 dates Europe-wide, and issued a live album and video of the first reunion concerts.

We had a great time doing those shows, playing our "Hits" and meeting old and new friends as we signed the CDs and records after the concerts. And with things going so well our thoughts turned to the recording of a new studio album. Riding high in our coach (the "womb with a view") criss-crossing the motorways of Europe, Dave Greenslade played demos of songs he had started to write for us. Soon they began to turn up as part of our sound checks, as we blew the dust of the road off our instruments.

Looking back on my memories of the '60s studio sessions, I seem to remember that it was luxury to record for a day without a gig at the end of it, for we often recorded by day and played a concert the same evening. And much of the music was dragged screaming off the road and thrust, still struggling, down the throats of the expensively dressed studio microphones.

We met several times through 1996 writing, rehearsing, and recording demos. Songs changed, floated away for a time, then returned, disguised, in typical Colosseum fashion. By March '97, we were ready to put together the 11 titles that had survived the music is still definitely Colosseum because the 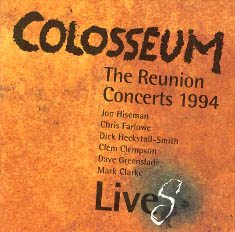 combination of our six talents just seems to come out like that, but it's different too. If you're looking for "Son of Valentyne Suite" you can forget it - those days are long gone, for us, as well as you, and as I write these notes, nobody is taking any giant leaps for mankind, but we are still here and we are still doing it… and doing it... and doing it!

Finally, and most importantly, my undying gratitude to Dave, Dick, Clem, Mark, and Chris for having such faith in the band and, as always, giving it their best shot; to Barney for staying so cool when the band got hot; to Miles for all the miles; to Mark O'K. for lighting our way; to Barry who's on his way; to Jochen for watching our every move; to Gerd and Elke for doing the business; to Pipsi and Norbert E. for all the years; and to Maria for following her heart!