This is a very important group whose three albums all collectors of German rock should stock in their vaults! Out Of Focus came together in Munich circa 1969 and comprised Remigius Drechsler (guitar), Hennes Hering (organ, piano), Moran Neumuller (sax, flute, lead vocals), Stephan Wisheu (bass) and Klaus Spori (drums). Ihre Kinder's manager Jonas Porst was farsighted enough to sign the band to his Kuckuck label.

Reputedly, the band spent months in their practice room to polish up their forthcoming debut album "Wake Up!" (1970). It was engineered by Thomas Klemt in the Union Studio, Munich, between October and December 1970. All the hard labour produced one of the all time classics of German rock! Out Of Focus revealed a well-balanced instrumental mix of alternating guitar, flute and organ riffing; technically absolutely brilliant! The solid rhythm section could produce repetitive but complex rhythm patterns as a backdrop for the band's soloists. There were six dynamic tracks with ironic, humorous lyrics (as typified by "God Save The Queen, Cried Jesus"), heavy riffing ("See How A White Negro Flies") and very long songs, exploring the whole instrumental register from silent, breezy and peaceful whispers to full-blown outbursts of outrageous power ("Dark, Darker"). Neumuller had an uncommon voice, which took a little getting used to at first, but it added yet another special dimension to the end product. If you need just one album to sample the specific German way of approaching progressive music, this is it! With their roots in heavy rock, blues, folk and jazz, Out Of Focus went far beyond British bands like Jethro Tull, Gravy Train, Colosseum, Traffic, etc. 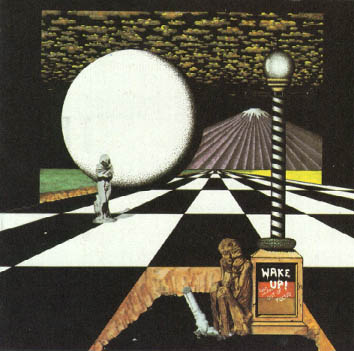 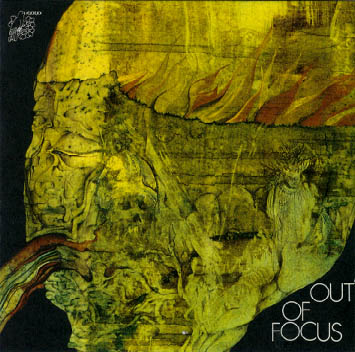 Their self-titled second album was recorded at Bavaria Studios in June 1971. This was another landmark of German rock, switching to a fusion-ridden direction. Which one of the first two albums you prefer, really depends on your own taste. In many ways this was a more extreme album, "Whispering" had a riff that was repeated for more than ten minutes and "Fly Bird Fly Television Program" explored themes for nearly 17 minutes! There were even two mellow folk-rock songs: "It's Your Life" and "Blue Sunday Morning". Only the opening track, "What Can A Poor Boy Do", recalled the heavy guitar, flute and organ riffing of the first album. But, even such a fantastic album didn't seem to fulfill their 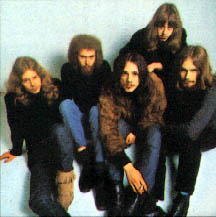 ambitions. For the double album, "Four Letter Monday Afternoon" (1972), Out Of Focus were expanded with brass and more by the addition of Peter Dechant (acoustic guitar), Ingo Schmidt Neuhaus (sax), Jimmy Potivka (trumpet), Herrmann Breuer (bassoon), Michael Thatcher (organ) and Grand Roman Langhans (organ). Their large scale opus "Huchen 55" lasted for two whole record sides and a total running time of almost 50 minutes! Sadly, this proved too self-indulgent, for although the mammoth composition had many excellent parts - a bit overarranged. Imagine a group of 11 musicians playing something different all at once! "L.S.B." (sic!) was another very long work with the focus on brass, resulting in a musical fusion reminiscent of British Vertigo bands like Nucleus, Bob Downes, Ben and also Soft Machine. Moran Neumuller had now taken the role of lead soloist, often multi-tracking his saxes and flutes. Drechsler and Hering had a surprisingly low profile on this album. There was only one song that was comparable to their previous album: a short and folky ballad named "Where Have You Been". This proved to be Out Of Focus' last album. Surprisingly, little has been heard from these talented musicians since their demise. Remigius Drechsler appeared on the festival sampler "Umsonst Und Draussen, Porta Westvlothica '78" with a revamped Out Of Focus, comprising Evelyn Drechsler (bass), Achim Zeug (drums), Annette Lippson (percussion) and "Karli" (guitar). Remigius was for a short time a member of Embryo and added stunning guitar work to their "Embryo's Reise". More recently, he has released an album with the group Kontrast. 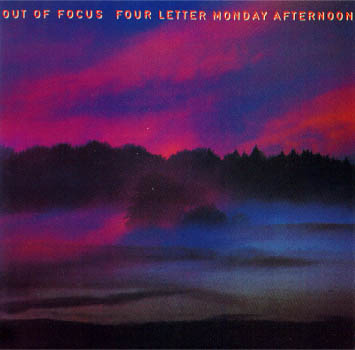 All Out Of Focus albums are now available on CD in digitally remastered brilliance. What an awesome group they were!