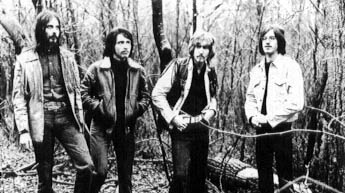 Groep 1850 emerged from the renowned Dutch group Klits (short for 'clitoris') from The Hague. The line-up in 1965 consisted of: Peter Sjardin (vocals), Trevor Dirksen (guitar), Caspar Kiebert (drums), Chris Zieck (bass) & Jacques de Jong (guitar). On 1st January, 1966, the group renamed itself into Groep 1850. Their progressive music immediately revealed that the group was far ahead of its time!

In 1968, the group disbanded for almost a year and then chose Amsterdam as the home base for their reunion. The new line-up consisted of: Peter and Daniel (who'd played with the Boots in the meantime) and some new members: Dave Duba (g, ex-Burning Sun), Dolf Geldof (bass, ex-Burning Sun) and jazz drummer Martin van Duynhoven (a.o. ex-Hans Dulfer). From 1971 onwards, Groep 1850 worked on and off.

Groep 1850 was formed in The Hague, in November 1964, by Peter Sjardin. He was, in turn, discovered by Hugo Gordijn when he was playing with a band called The Klits in the basement of a bowling alley in Scheveningen. Says Gordijn: "The Klits played funny and different kind of music, very good in a comical sort of way."

When The Klits decided to work with Hugo as their manager, the band's name was changed to Groep 1850. Their first gig in March 1966 at the Scheveningen Casino impressed the crowd, the band's name immediately became known on the underground scene. Sjardin copies members of bands such as The Move and The Who by mutilating his keyboard on stage. Their music of that period is best described as avant-garde rock with psychedelic influences, and a comparison with The Mothers of Invention would definitely be in order.

Paul Acket released the first single on his Yep label, entitled, "Misty Night"; it sounded not unlike Q65 and the Pretty Things.  Radio Caroline gave the song lots of airplay, hence the band garnered even more attention in Holland. As a result, Hans van Hemert offered the band a contract. At the end of 1967, "Mother No-Head" was released; it became a hit song. A little detail: Van Hemert did the vocal part on this one!

This success landed the band their first tour of Germany. Sjardin remained the only member of the band to stay until the breakup in 1975. At a certain moment, something happened that caused the collapse of the band. Jaques Senf, Freddie Haayen, Beer Klaasse, Ruud van Buuren and Dean van Bergen were invited to join other bands. Beer went on to Q65 and Ruud joined Long Tall Ernie and the Shakers.  Martin van Duynhoven (drums) Dave Duba (guitar), Dolf Geldof (bass) joined Groep 1850 in their stead, while Dean van Bergen came back.

The band embarked on a heavy touring schedule; once a month they played at the Paradiso in Amsterdam. Groep 1850 supported groups like The Kinks, The Troggs, The Rolling Stones, The Mothers of Invention and Pink Floyd. Hugo was very much impressed by Zappa. Frank was very gentle, not as weird as people might have thought he was. In England, Groep 1850 played at the Speakeasy club, promoted by the Apple organisation of The Beatles. A drug bust organised by the police at that event unfortunately banned the band from playing in the UK.

What are the original members doing now?

Peter Sjardin lives in a basement somewhere in Amsterdam. Beer Klaasse is a successful manger at The National Printing company. Dean van Bergen lives quietly with his dogs at Loosduinen. Martin van Duynhoven is still an active drummer in the music business.

During their existence, Groep 1850 was always an underground band. Therefore, expect to pay a lot of money for their original singles and LPs nowadays.

However, if you're looking just for their music, there's no need to pay that much anymore: in late 1997, Pseudonym has released the band's first album on CD. Not only that, but the said CD also contains 13 previously unavailable (on CD) bonus tracks including their entire collection of singles, originally released between 1966 and 1971, plus two previously unreleased tracks.

Taken from "Agemo's Trip To Mother Earth" CD, Pseudonym CDP 1047 DD
Translated by: Louis Rentrop (uriahboz@zeelandnet.nl)
Back to Alex's Home Page
Back to the Nederpop index