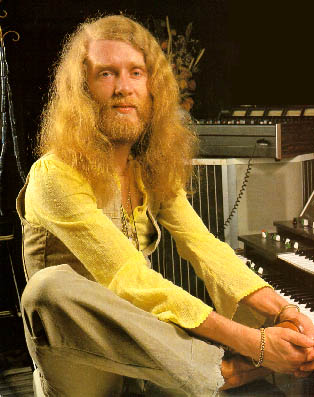 The base for the legendary neo-classical Dutch rock group from Haarlem Ekseption had already formed in 1958 when bass-player Hans Alta, saxophonist-guitarist Huib van Kampen and trumpetist/organist Rein van den Broek formed the Jokers.  In the next few years, they were joined by drummer Tim Griek and multi-instrumentalist Rob Kruisman.

In 1965, the band name was changed to Incrowd, but that lasted only for a year, when another group named  Incrowd from The Hague became famous in The Netherlands. During their first year together, with Ton Heydenrijk (sax) and Hans Timmer (organ) in the lineup, they played mostly jazz and R&B at small clubs such as the ABC Societeit in Beverwijk and Club '66 in Amsterdam.  In 1967, Tim (later producer for Brainbox, etc.), Ton (ex-Hottletts) and both Hanses left the group.

New recruits were: Cor Dekker (bass, ex-Hottletts), Peter de Leeuwe (drums, ex-Cuby & The Blizzards) and the group's later leader Rick van der Linden (keyboards; prior to this busy playing classical music and jazz with the Occasional Swingcombo and the Ferdinand Povel Quartet).  But it was only after Ekseption won the Loosdrecht Jazzconcours competition in 1968 and Rob Kruisman left the group (he went to Island) that the band's own versions of famous classical pieces, played with rock arrangements, started getting them much-deserved attention.

Following some years of international success, Rick left the group in 1973 to form his own Trace; still the group plodded on without him for another two albums, but due to the lack of success, ceased to exist in 1975 (just a little bit later regrouping as Spin).

The line-up had changed numerous times by then: