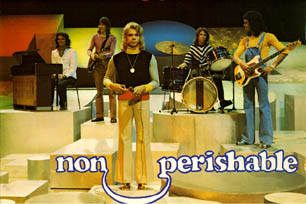 This group from Delft was formed in 1965 by singer Peter Tetteroo (ex-Shats). They were initially an R&B band, but their repertoire became more and more poppy over the years. From 1967, their records were released on their own Teeset Records label (a first on the Dutch pop scene).

The first line-up included: Peter (vocals), Carry Janssen (drums, later to Nico Haak), Gerard Romeyn (guitar/bass, 1966-67 on guitar, to The Motions) and Rob "Polle" Eduard (guitar/bass). In 1966, Robert Plazier (keyboards, ex-C-Sounds, later with Nico Haak) came on board. Their first two singles were penned for them by Robbie van Leeuwen of The Motions and were moderate hits. Hans van Eijck (guitarist of Jumping Pop-in) composed a few songs for their debut album "Emotion". After the release of the album Robert Plazier was ousted in favour of Hans van Eijck, who switched to organ. Early 1967, Gerard Romeyn left to join The Motions as a replacement for Robbie van Leeuwen. English guitarist Ray Fenwick (ex-Syndicats, where he'd replaced Steve Howe) joined the Tee Set with Polle Eduard now permanently on bass. In the Spring of 1967, there were squabbles between singer Peter Tetteroo (backed by manager Theo Kuppens) and the rest of the band. At the centre of the problems were disagreements about the royalties for "Don't You Leave" (a Top 10 hit culled from the album "Emotion"), which was a traditional blues song copied from a Dave Van Ronk album, for which Tetteroo and Kuppens claimed songwriting credits. Tetteroo decided to get rid of the whole band (Janssen had already left) and subsequently Eduard, van Eijck and Fenwick founded After Tea.

Tetteroo then picked three members of Amsterdam band James Mean (who were without a lead singer as Michel van Dijk had joined Les Baroques): Franklin Madjid (bass), Joop Blom (drums) and Ferdy Karmelk (guitar). Jan Pieter Boekhoorn (like Hans van Eijck also an ex-Jumping Pop-in, later in Sympathy) joined on organ. The music style of the band shifted from R&B to pop with songs like "Tea Is Famous". The following year Karmelk was replaced by Dihl Bennink (ex-Don't, brother of Leo Bennink of the Jay-Jays and The Motions) followed by the replacement of Boekhoorn by Peter Seilberger (later in Fairy Tale).

1969 saw the return of Hans van Eijck from his stint with After Tea. The line-up of Tetteroo, van Eijck, Madjid, Blom and Bennink recorded the worldwide hit "Ma Belle Amie" (#5 in the Billboard Hot 100 in 1970), but the personnel changes continued. First Blom was replaced by Herman van Boeyen (ex-Fullhouse, to Supersister) on drums, but soon afterwards he left and Max Spangenberg joined. Ferry Lever left After Tea to join the Set on guitar. This line-up remained stable for a few years scoring hits like "She Likes Weeds" (their only Dutch #1 hit) which was banned in the USA for drug connotations, (of course) denied by the band. They claimed the first two lines of the chorus were literally taken from the movie "Funeral In Berlin" (starring Michael Caine) where Harry Palmer (played by Caine) makes a remark about his superior's weedy garden. Palmer's boss answers his wife looks after the garden and that: "She likes weeds, they're easy to grow."

When subsequent releases sold less and less, the band decided to call it a day in 1975. In the 1980s, Peter Tetteroo started touring with all kinds of line-ups again (at one point including Polle Eduard and Ray Fenwick) touring mainly the oldies circuit. Tetteroo died in 2002 from liver cancer at the age of 55. 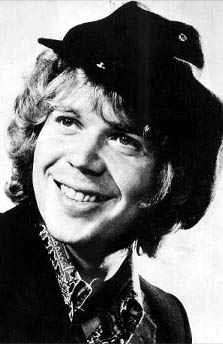 The lead singer of the Tee Set; made some solo records. See also Peter & Polle.

Peter Tettero and Polle Eduard were together in the Tee Set.

After Tea was founded in 1967 by Hans van Eijck (organ), Ray Fenwick (guitar) and Polle Eduard (bass/vocals) - all ex-members of the Tee Set - with drummer Martin Hage (ex-Don't). The group produced three moderate hits in 1967-1968: "Not Just A Flower In Your Hair", "We Will Be There After Tea" and "Snowflakes on Amsterdam", all in a psychedelic pop style.

Ray Fenwick left shortly after the recordings of the first LP, "National Disaster" (his work permit had expired) and returned to England to join the Spencer Davis Group. He was replaced by ex-Just Colours guitarist Ferry Lever.

In the Spring of 1968, Polle Eduard was arrested for possession of marijuana and incarcerated for a few months. His temporary replacements were singer Frans Krassenburg (ex-Golden Earrings) and bass player Henk Smitskamp (ex-Motions, to Livin' Blues). In the Summer of that year, the band scored a surprise hit under the pseudonym De Martinos with "Moest dat nou?" (recorded as a joke).

Early 1969, the most important songwriter in the band, Hans van Eijck, left to rejoin the Tee Set. He was replaced by German keyboard player Uli Grün (ex-Boots). The group then switched to a more rock-oriented sound. Yet in 1970, Ferry Lever left (also to join the Tee Set) and was not replaced. The band continued as a three-piece for some time, but in 1971 After Tea finally folded. Polle Eduard and Uli Grün were then joined by guitarist Frank van der Kloot and drummer Shel Schellekens, calling themselves Drama. They scored a Top 20 hit with “Mary's Mama” which they subsequently refused to play live (as the whole thing was a concoction by producer Peter Koelewijn). However, in 1975, Polle Eduard, Ferry Lever and Ilja Gort reunited once more to record the single "Mexico" under the After Tea moniker. Polle Eduard continued his career as a songwriter by penning a few hits for Nico Haak and subsequently recorded an album of Dutch songs one year later, in 1976. Polle continued playing solo and in bands like The Rest (with Hans Vermeulen of Sandy Coast).

Ilja Gort worked as a producer for Basart Records before making a fortune composing music for commercials like the famous Nescafe tune. He now owns a vineyard in France producing his La Tulipe wines.

After his stint with the Tee Set, Hans van Eijck concentrated on writing music for TV and became a successful record producer (Danny de Munck, Marco Borsato). Ferry Lever became a music teacher and a session player. He still plays in the band of singer Rob de Nijs.

Singer Sigrid Siggerlink, recorded a single together with Peter Tetteroo in 1979.