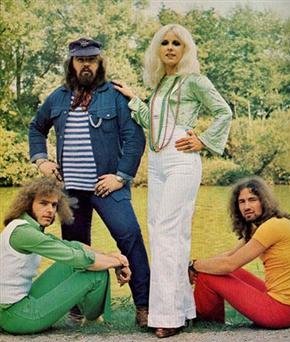 Bonnie St.Claire (i.r.l. Cornelia Swart) and Unit Gloria got together when the latter's lead singer Robert Long left for a solo career in 1972 and Bonnie's career seemed to have stalled. Unit Gloria members at the time were: Albert "Mouse" Hol (guitar), Gerrit "Meep" Hol (drums) and Marcel "Hoss" van Hardeveld (bass). Until late 1973, Unit Gloria performed with both Robert Long and Bonnie St.Claire, alternating as lead singers in concert (in a package called The Family), but on records the exclusive act was Bonnie St.Claire & Unit Gloria. They came under the guidance of producer/songwriter Peter Koelewijn and the first fruit of their collaboration was "Clap Your Hands And Stamp Your Feet". The single climbed the charts in The Netherlands (#3 in January 1973), Belgium, Denmark, Sweden, Norway and Germany. The song was a hit in many more countries in cover versions. The follow-up, "Waikiki Man", continued the success in the similar glam-rock style (although Koelewijn seemed to have listened to "Painter Man" by The Creation beforehand), reaching #4. That same year their first album was released.

The third single, "Voulez-Vous (Yes I Do, I Love You)", went to #21, by which time Hoss had left and been replaced by Ed Swanenburg (ex-Mother's Love, to Rob Hoeke). In 1974, they recorded a second album, "The Rock Goes On", but then Gerrit Hol quit and was replaced by Frans Meijer (ex-Peter & his Rockets, to Bots). They also added Jan Rietman (ex-Long Tall Ernie & the Shakers) on keyboards. Finally, in 1975, the last original Gloria member Albert Hol left (he became the band's manager and later married Bonnie) and was replaced by Rob Metz (ex-Parklane), after which the band called it a day and Bonnie went back to her solo career. 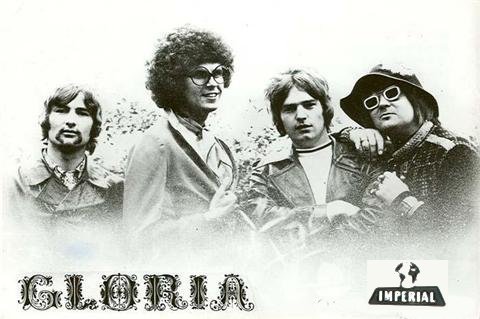 This group from Utrecht was formed in 1966, naming themselves after the Them song that seemed to be in the set list of every Dutch band at the time. Albert Hol (guitar), Gerrit Hol (drums) and Marcel "Hoss" van Hardeveld (bass and piano) had played together before in the Yelping Jackals, whose career had been cut short by the military draft. Fourth member was another Hol brother, Geert (ex-Mods), who played guitar and sang. In 1967, Geert was replaced by singer Robert Long (i.r.l. Bob Leverman, ex-Bob Revvel & the A-ones and Mikrons), who had also been in the Yelping Jackals. In 1968, they were contracted by the new production company, Red Bullet. Their first single was produced by George Kooymans of the Golden Earrings but didn't chart. Next they recorded a few songs with producer Peter Koelewijn. Due to the lack of success, Red Bullet and Phonogram dropped the band and so they went to Bovema, who assigned them English producer Bobby Graham (known for his work with The Buffoons). When their first Imperial single, "The Last Seven Days", went to #5, Phonogram hastily released the 1968 recording, "The Storm", as the supposed follow-up and in the wake of the success of "Seven Days" it got to #23 in the Top 40. They released an album and two singles were taken from that. With an eye on international markets they changed their name to Unit Gloria by the end of 1969 and continued on until mid-1972 with Robert Long as the lead vocalist and after that - with Bonnie St.Claire. They existed until 1975. 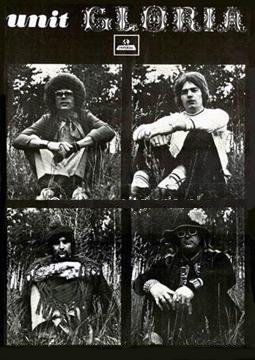 In late 1969, Utrecht group Gloria changed their name to Unit Gloria. The members at that time were Robert Long (i.r.l. Bob Leverman, vocals), Albert Hol (guitar), Gerrit Hol (drums) and Marcel van Hardeveld (bass). The latter was nicknamed "Hoss" and as a result the rest of the group decided to take on nicknames too: the tall Bob Leverman was called "Long" (hence Robert Long), Gerrit became "Meep" (because he was so tidy) and Albert - "Mouse" because of his mouse-like facial features. In the years 1969-72, they made a number of hits, the biggest of which was "Our Father" (a reversal of “The Lord's Prayer”), reaching #7, but the following singles failed to chart, after which Robert went solo. Bonnie St.Claire (i.r.l. Cornelia Swart) became their new singer and they continued as Bonnie St.Claire & Unit Gloria. To avoid confusion, the former line-up would hence be known as Robert Long & Unit Gloria.

The Nicols from The Hague were the first accompanying group for Bonny St.Claire and they also were known as a band in its own right. Rob Grell founded The Nicols in 1965 together with lead guitarist Herman Ansink.

In 1969, the band became known as Fairy Tale with female singer Ellen Zonruiter.

Between 2001 and 2008, Rob has participated in the band Flight 505, together with members of Earth and Fire, The Motions, Shocking Blue, Sandy Coast, Rainbow Train and The Torreros.

Group from The Hague, not to be confused with the group from Tilburg. They existed from the end of 1969 till the end of 1971. Lineup 1969: Cees Hoogerheide (vocals, ex-Nicols; in 1970 replaced by Ellen Zonruiter; Cees went to Big Wheel), Herman Ansink (guitar; in 1970 to Blow Ball and replaced by one John Miles, who in turn got replaced by Martin van Wijk in 1971, later with Jupiter), Peter Seilberger (organ and piano, ex-Tee Set, later to Big Wheel and Jupiter), Ed Koetsier (bass, vocals, ex-Nicols) and Harry Koetsier (drums, ex-Nicols, later with Big Rock Revival).